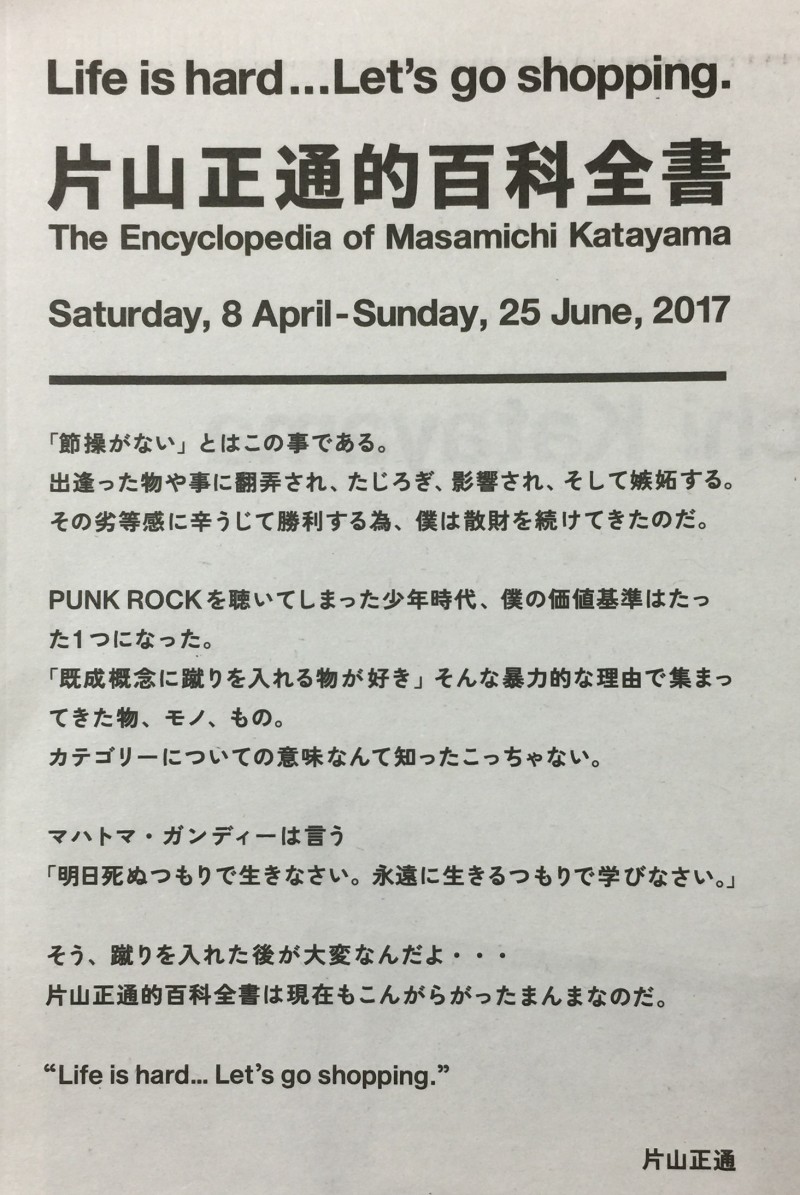 The Encyclopedia of Masamichi Katayama “Life is hard… Let’s go shopping.”
It’s eclectic. There’s no principle behind it.
The stuff that I encounter messes me around, makes me cringe, impacts my work and my life and makes me envious. Over the years I’ve thrown around a lot of money in order to somehow overcome that sense of inferiority.

When I was a boy, punk rock hit me hard, leaving me with just one overarching value—I like stuff that puts in the boot into conventions and preconceptions. That’s the brutal truth behind what I’ve collected. I didn’t care the slightest about categories.

It’s working out what to do afterwards that’s difficult.
—Masamichi Katayama’s encyclopedia is still as tangled as ever.